Being a planner, there are certain weddings that you will always remember.  The marriage of Reina Arai and David Pomeroy is one that I will never forget.  This wedding was a true celebration of love and devotion.  Reina, a talented singer, and David, a Marine, originally met while Reina was on tour with David’s brother in the Earlham College choir.  After the tour ended, David and Reina sporadically kept in touch as they both traveled around the world for their professions.  Almost two years after meeting, David and Reina had their first date.  During the first nine months of dating, David drove from North Carolina to Virginia every weekend to visit Reina.  David and Reina are a true testament to the quote, ‘absence makes the heart grow fonder’.
Click HERE to view the full photo Gallery
SoCo Events was hired as a “Month of Planner” to assist the bride and groom with the details and to make sure everything was perfect.  Reina, who is incredibly organized, had already solidified her vision and major details to her wedding when I met her 11 months prior to the big day.  Reina’s vision included the color scheme of red, pink and grey for the décor.  She also wanted to celebrate David’s Marine Corp background, as this was such an important part of both of their lives.
These elements were visible throughout the wedding.   The Ceremony ended with the newly married couple walking through a traditional sword arch.  Each of the tables had been named after different ranks in the Marine Corp.  The bridesmaid dresses were grey and Reina’s two maids of honor wore red.  Red, pink and grey poms were strung from the ceiling in the reception.  The guest book was canvas that had been monogrammed in red and grey.  The men wore their Marine Corp uniforms.  The details extended to the grey escort cards that were displayed in beautiful trays filled with red candies.
In addition, Reina had planned a big surprise for David.  She had a secret second wedding gown.  Reina knew that they were going to see each other prior to their ceremony since they were taking photos together.  After the photos and Immediately before the Ceremony, Reina changed into a second surprise gown.  David was able to see Reina for the first time all over again!

From creating sophisticated romance to iconic glamour and managing every awe-inspiring detail in between, SoCo Events is a leading boutique luxury wedding and event management firm on the east coast. Founded by Jennifer Stiebel in 2006, SoCo Events is based in Washington, DC, and services bridal and special event clients worldwide. 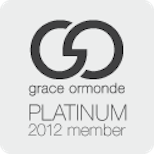 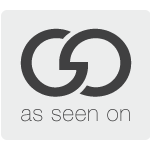